Learn about the game's current progress for May 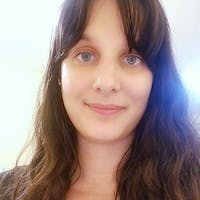 If you're checking my dev blog out for the first time, this blog is about my journey while creating the The Girl Who Knew Time, a game I wrote and currently developing! You can check it out here in the Google Play Store.

Here's another quick update for you!

If you haven't already, I would highly advise reading the game progress here as I continuously update this article with progress percentage so you can follow along!

As I mentioned in the update on Tiktok, I was aiming to complete most of the features by the end of April.

I achieved 95% of this goal, just the last feature Mysteries, became a much bigger feature. I ended up adding more functionality and instead naming it Achievements where you can earn Badges and unlock mysteries. Everything will be explained within the tutorial in the game. It's pretty much done, now I'm in the testing phase of this feature and hoping to complete it tomorrow.

So in general this is the work left for May:

Lots of work still left but I think I can do it, considering how much I completed last month...

For anyone living in Brazil/Russia, please note:

Most reviews are super sweet, but most of the negative reviews I have gone from people in Brazil(these reviews only show up to me and in their country, so if you're not in Brazil you won't see it). They are upset because they really want to play the game but it's not available in their language...Even though I explained the game is still in development and this is like a preview until I can finally work on translating once all the episodes are complete, I keep getting reviews like this and it's not exactly helpful. I'm one person making the game, so looking for a translator, finding out what needs to be translated, and translating every part of the game isn't as easy as it sounds...

There are also a few negative reviews from Russia for the exact same reason: They really want to play the game but it's not available in their language.

Again, so sorry for this, I can't do anything about this until all episodes are released first. Unfortunately, I don't have more than two hands and only so much time in the day...Hope you understand.

Taking this into consideration, I will temporarily block Russia and Brazil users from playing the game(so it won't be available for you) until I complete the game and it's translated into your language.

So sorry if this has caused you any inconvenience, but don't worry I will unblock once the translation is complete. I am hoping this will be at the earliest August, at the latest October--it really depends on how progress moves along. I am aiming to complete all episodes by July(but let's see if that's even possible first). I am aiming to complete Episode 2 in 1-2 months since all features will be complete and all I'm focusing on is the scene development + music/sound. Compared to Episode 1 release this will take way less time. I will post an update when the languages are ready! 🥰🙏🏻

If you've purchased the game already, don't worry your purchase is saved.

If you have any more questions on this, please email me at dev@trinitymoonstudios.com

I will do my best to release everything(for Episode 1) by end of May!!!

But I still need to test everything once it's all complete...So let's see.

I won't give up!! I'll stay strong for everyone as excited for the release as I am!